Skip to the content
The Black Guy Who Tips

Recently, CNN’s Don Lemon got himself in a sticky situation with the African American community. He played a clip from Bill O’Reilly chastising blacks for having issues in their community. Then Don went on to say that Bill hadn’t gone far enough and delivered his own scathing “tough love” to the black community as well. He was strong on the tough and very easy on the love. Many black people were applauding Lemon for delivery a very rare message in the media that black people ain’t shit. People rarely speak up on this issue. So we must applaud Don Lemon. I mean it’s difficult to even find other famous people speaking on this topic.

(Like the one that Bill Cosby gave at the NAACP’s 50th anniversary celebration, or President Obama gave at Morehouse or Bill O’Reilly gave last week. Or Jason Whitlock on hip hop being the “Black KKK”, or Allen West who thinks black live on a modern day Democratic plantation or Ted Nugent’s take on the black community’s mindless tendancy towards violence.  Or Geraldo Rivera on the black community and Trayvon Martin’s death, or Ben Stein on the black community or… well you get the point.)

5. Pull up your pants! “Walking around with your ass and your underwear showing is not okay!” It comes from prison culture.

3. Respect where you live! Black people should stop dropping trash in Black neighborhoods.

2. Finish school! Break the cycle of poverty. Over the course of a career, a college grad will make nearly a million dollars more than a high school grad.

1. Just because you can have a baby does not mean you should! The lack of a male role model is an express train to prison!

Many are outraged but I think Don Lemon has a point. Hell, we all do. I still have yet to find even ONE black person who takes issue with the ideas of a clean neighborhood, pants being worn on waist, education being a good thing or being against 2 parent families as an institution. Not that it stopped Lemon from framing his argument as if it were constantly being combated by black people who apparently watch his show with sagging pants while throwing litter on the ground of their project one-parent housing unit.

But my thing with Don Lemon is this: HE didn’t even go far enough. He still was too lenient on the black community as a whole. So I’ve decided to step up to the plate and add my own 10 points to help fix the black community so that they can get their shit together.

Look, America thanks you for the hard unpaid labor to help build the foundation of this country but now you’re walking around with your pants sagging, littering and saying the N-word. Sorry niggers but you niggers say “nigga” too much for the white man to not be allowed to say it any more. Your entire culture confuses the European mind and therefore you must go back to Africa.

Nas told us this in his academy nominated role in Belly

Don Lemon thinks sagging pants are plaguing the black community? Obviously he hasn’t stepped inside a church on Sunday because he’s too busy at CNN working the weekend shift. Steve Harvey’s 10 button suit jackets confuse people when you go in for a job interview. Are you there to interview for the position or do you want to sell them your book on why black women ain’t shit? Red pinstripes are for Chicago Bulls’ throw back jerseys not the office place. 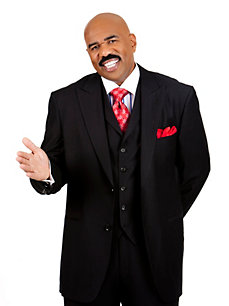 So… many… buttons… can’t… concentrate… must… not… hire…

It’s 2013 and the gap between the races when it comes to dancing has only increased. White people have had to gentrify twerking and the Harlem Shake just to pretend to keep up! If black people ever want to be treated as equals in this country we’re going to have to stop cutting up the rug at our office Christmas parties. It took us a long time just to get Soul Train taken off the air but we will never be able to close the unemployment gap as long as negroes continue to make videos like this:

Of course this is going to make white people hate us!

White white folks only have THIS:

4. No more jokes about white people in comedy!

How many times do we need comedians to tell us that the white man is evil, awkward and aloof? Dave Chappelle, Louis C. K., Bill Burr and Chris Rock have all done extended sets about how white people are oblivious and racist. White people are tired of hearing this in every comedy outlet they own. That’s why Anthony Jeselnik, Daniel Tosh and Adam Carolla are on top of the comedy game right now. They make jokes about OTHER people’s racist from the very rarely seen white male point of view in the American media.

I was getting off the train the other day. And I saw a young black woman scolding her child. She said, “Boy do you know that black people twerk like this?” And then she went on and did an elaborate rhythm filled soulful twerk dance. Then she said, “But listen boy… white people? White people they twerk like THIS!” And she did a very stiff interpretation of twerking that was embarrassing for all the white people on the train.

And I thought to myself, “This is why they hate us.”

This is why he had to stop doing his show!

5. No more entertainment that isn’t 100% positive in every facet.

Shows like ABC’s Scandal confuse the world about black folks. I mean sure Olivia Pope is a powerful black female lead of her own fixer agency in DC but, she also is the mistress to the President of the United States. How can white folks possibly respect black people if they are seeing complex diverse images of black people thrown in their face?

I mean black people can’t be both President Obama AND Lil Wayne can they? Pick a side blacks! Is it Basketball Wives or is it Melissa Harris Perry? How can one’s brain understand which one of these people represent the totality of African American culture? Black folks are going to have to stick to only having PBS specials on racial history in America and roles on sitcoms as the wacky hip hop slang black friend that never quite has a love interest.

See? Just stay positive and safe like this guy who…. oh … wait…

6. Turn that FUCKING music DOWN!

Jesus Christ it’s 10 am in the morning on a Sunday and all I can hear is the bass pumping from your subs as you wash your car in your driveway. No one wants to hear that shit! Put on some goddamned head phones and stop scaring white people before I call 911 and report you as a car thief on your own property!

When I’m peeking out my window blinds with the curtains drawn and the lights off watching black people walk down the street I notice sometimes they step on the edge of my lawn. Me and my white neighbors take our lawns VERY seriously! Even just a half of a Nike shoe print can ruin a lawn for weeks. When ever you’re playing your sports ball games in the street using your fast twitch muscles keep off of my grass! If the ball goes into my lawn you ring my doorbell I’ll look out the peephole and wait until you’re gone. That night at 4 am I’ll tip toe barefoot across my Blue Grama and get the ball myself! Then I’ll deflate it and throw it on the roof of your house for you.

Stanley had a point too!

8. Stop being so damned good at sports.

The only sport the white man truly has left is MLB and half of those guys are on steroids just to keep up with the influx of brown players. If black people truly want to be consider equals in regular life they’re going to have to give up their athletic advantages elsewhere. Remember when Steve Nash was winning undeserved MVPs? Those were two of the best financial successful years for black people in America. Why? Because the animosity was gone. White people couldn’t wait to pick up a basketball and head to the gym and discuss how the Suns just “played the right way” and “boy that Steve Nash is something else!” Now what do they have? Ryan Braun? Black folks have to let the white man have his sports back if they want racism to go away.

One small step for the white man. One giant step for white kind.

This has to stop

Guys, it’s time for us to accept that if black people want to stay in America they’re going to have to be a lot whiter. I’m talking Dave Chappelle in newscaster makeup white. Once black folks finally understand that the only thing holding them back from success is their unwillingness to undergo skin bleaching, elocution classes and blond wigs maybe then we’ll have true progress in this country. Only black folks can fix this. It’s up to us. Until we hate our own culture MORE than any racist could we will never be able to fix ourselves.

Clayton Bigsby A Man Ahead of His Time

I mean hell, look what you’re doing to Riley Cooper?!

Heyyy, welcome to The Black Guy Who Tips Podcast. We're your hosts, Rod and Karen-- a husband and wife team that broadcasts 5 times a week, because we love our fans! More about us

Already A Member But Need To Upgrade To Premium Or Make Changes To Your Account? Click Here

Support To The Show!

Check Out Our Store

Become A Fan Of Our Page

Friends Of The Show

Thank you for your support of The Black Guy Who Tips Podcast. Tune in Sunday through Wednesday for new episodes, and Go Premium for exclusive bonus content!

Theme by Anders Noren — Up ↑